Introduction to Applications of Python

"System focused programming" might be the better term than "System Programming". System programming or systems programming means often only the activity of "programming system software", programs which are often part of the operating system. Our topics in this section of our online course deal with Pipes, Threads and Forks and starting and using shell commands and scripts from a Python script.

The sys module is introduced in the first chapter. A focal point are the data streams (stdin, stdout, stderr) and redirections of streams.

You can learn more about threads and threading in our Introduction to Threads. We show how to find the active IP addresses in a local network by using forks.

The chapter, which is subtitled as "Pipe, Pipes and '99 Bottles of Beer'" might be interesting to teetotallers as well, because it's not about alcohol but dealing with alcohol, even though the "99 bottles of beer" in the title give the impression. Instead, we show you how to write a program which is construing the famous American song "99 bottles of beer" by using forked processes and Pipes. So, if you need a good example of pipes and forks working together you will find it here. 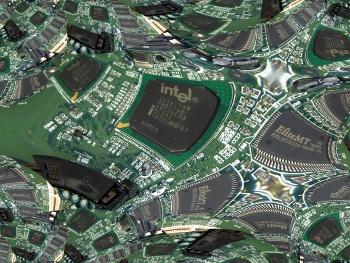 We have three chapters dealing with Graphs.

Finite State Machines are not only used in computer science but in natural language processing as well. We cover the concept of the Finite State Machine in great detail, so that even an amateur in Computer Science can understand the examples. At least we hope so.

Alan Turing's Turing Machines and above all the underlying theory is a must for every computer scientist. We show a simple implementation of a Turing Machine.

It's also possible to create scores with Python: You can find a complete working example in Creating Musical Scores With Python

If you feel that the above topics are too complicated or sophisticated for you, you might like our course for beginners in Python. You find a documented link list in the following lines:

An introduction to using database interfaces in Python for SQL, MySQL and SQLite

What you find are not real games! We show a recursive solution to Towers of Hanoi and a game Cows and Bulls better known in a commercial version called "Mastermind".